The new updates revealed by the Mercedes Formula 1 for the Austrian Grand Prix are the latest news as it’s the biggest change of this season made by the team. The changes made to the rear wings and side pods clearly show how well the developments are being made. Matt Somerfield and Giorgio Piola are […]

Red Bull boss Christian Horner hit out at Ferrari after it appeared to blame Max Verstappen for the dramatic first-corner collision at the Singapore Grand Prix, saying anyone who does so needs their eyes tested. Verstappen found himself stuck between pole sitter Sebastian Vettel and his Ferrari teammate Kimi Raikkonen moments after lights out at […]

The winner of the McLaren Autosport BRDC award Lando Norris has revealed that he held talks with other Formula One sides about the possibility of enlisting in their young driver programmes. He has won four titles in his two years and became part of the junior team in McLaren this February after his exploits.

George Russell becomes the third member of the junior programme of the Mercedes Team.

There, he joined Pascal Wehrlein and Esteban Icon- incumbent F1 racers. The 18-year-old Briton got a third place in the European Formula 3 Championship (2016), with Mercedes-Benz supporting and powering him to get numerous wins.

Valtteri Bottas is now confirmed as the Mercedes team-mate for Lewis Hamilton as the Finn will be joining the world champions from Williams.

The Finn was revealed at the Brackley HQ of the team which happened to be the same afternoon Williams confirmed that Felipe Massa had truly come out of retirement in replacement of Finn in their line-up.

With the failure of Bernie Ecclestone to negotiate its return, it has been confirmed that the German Grand Prix will not be featured in the 2017 Formula One season calendar at the Hockenheimring. 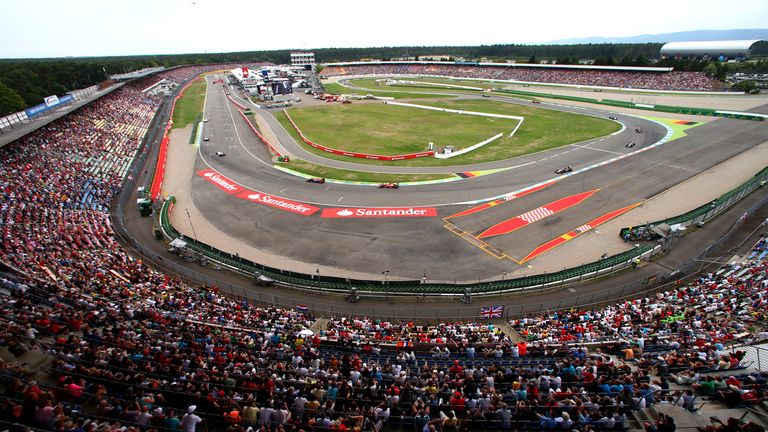 This was after it made its reappearance in this year’s calendar.

In an interview with AutoBild, Georg Seiler, the executive director of the race had said,

Martin Brundle is considered the pundit on F1 and he currently provided his expert advice and commentaries on Sky.

He talks about his personal experience, having been around F1 for about 33 years now and he feels that every season seems to go by even faster. This year the championship has had twelve events so far and there are nine more to go.

The F1 stage will now be heading to an Olympic venue on this weekend and the Formula 1 2016 Russian Grand Prix will be held at the Sochi Autodrom.

Some of the players involved are eagerly looking ahead to round 4 of this season.

Red Bull Racing driver Daniel Ricciardo has said that his team remains a long way off from challenging pace setters Mercedes this season, at least for the early parts of the new Formula One season amid suggestions that there are problems with the drivability of the new Renault engines of the car.

The Australian was the only one who managed to challenge the Mercedes duo of Nico Rosberg and Lewis Hamilton as they ran away with the Formula One Constructors’ Championship last season but he feels a repeat is bleak and he doesn’t feel that the car will be ready for the time being as well.

73 years was his last when Gerard breathed his last. He had produced victorious cars for Ayrton Senna and Jackie Stewart.

His career began with Matra in the 1960s which was the junior categories. The car in which Stewart won the F1 World Championship in 1969 was also designed by him. It was an MS80 which he had designed. Matra was succeeded the following decade at Le Mans. Marque had 24 hours wins straight over the period of 1972- 74.